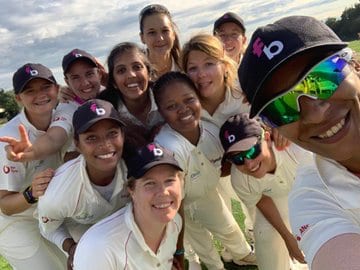 Our four game UK tour was a wonderful week of cricket for 14 players from 10 countries, including six past or present national captains participate during the week.

Coach – Khyati Gulani from Delhi, manager – Saba Nasim from the UK, and senior players Sana Mir (Pakistan) and Alex Blackwell (Australia) challenged the team to play with consistency across all four games. All payers responded to this challenge and it was incredible to see how quickly the team ethos developed with players working hard for one another as individuals and as a team. Everyone contributed to the success of the tour.

There were excellent ‘player of the match’ performances on field from Sterre Kalis (Netherlands), Shameelah Mosweu ( Botswana), Akanksha Kohli (India) and Ryana Macdonald-Gay (England). Mariko Hill (Hong Kong) continued to develop her captaincy skills in the 40 over game against a Kent Invitational XI.

Watch the recorded live-stream of the Wormsley game here, thanks to Ion Sport. 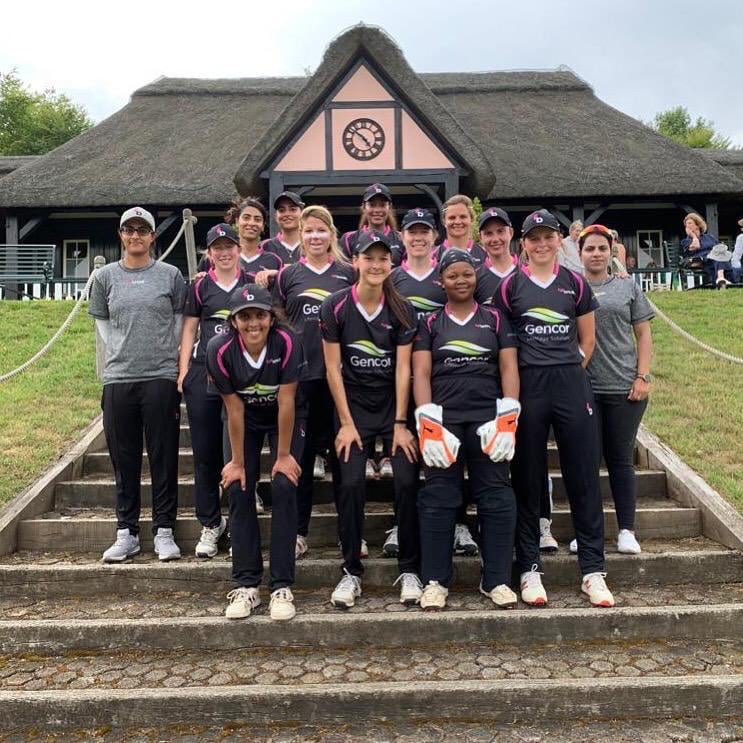 A highlight for everyone was the opportunity to again play at Wormlsey. An invitation to attend the Garsington Opera after the cricket capped off a great day and wonderful experience for the team. 2018 FairBreak XI captain, Suzie Bates (New Zealand) also made an appearance at Wormsley to do ‘throw downs’, talk with players and run the drinks. This all-class involvement from Suzie is the epitome of the true nature of who a #FairBreaker is, supporting all players from all backgrounds in any way possible.

Other poignant #FairBreaker examples of particular note were the efforts made by Stephanie Frohnmayer (Germany) and Celeste Raack (Ireland). Stephanie is a gynecologist who returned to Germany on our weekend off to deliver four babies before flying back to London to play the MCC in back to back T20 matches. Celeste made a ‘lightning’ trip back to Dublin to her physiotherapy practice before returning to deliver more leg breaks, flippers and googlies.

The looping spin and bounce from Ruchitha Venkatesh (Hong Kong) proved a handful for all opposition during the week, and Laura Mophakedi (Botswana) was reliable behind the stumps. Having to keep to Sana Mir was both a great thrill and significant learning experience for Laura.

Although Kathryn Bryce could only make one appearance during the week it was fantastic to have her with us and we look forward to Kathryn making many more appearances with us.

A big thank you to Lydia Greenway and her ‘Cricket 4 Girls’ program for introducing English players Chelsey Rowson, Grace Scrivens and Ryana Macdonald-Gay to FairBreak. All outstanding young players who made significant contributions to the team and results. All will be invited back as #FairBreakers and we will be following their progress closely.

Finally, a special thank you to Sana Mir and Alex Blackwell. Both women are icons of the game. They enjoy global recognition for their achievements both on and off the field for the great example they set. To have them give so freely of their time, advice, encouragement and knowledge to all players is invaluable.

Thank you to everyone for a fabulous week of cricket, dinners, lunches, opera, laughs and friendship.

FairBreak would especially like to acknowledge the wonderful contribution made by Gencor and R.V. Venkatesh.

FairBreak is about equality and opportunity, the concept of a ‘fair go ‘ for all and the purity of sport.  #FairBreaker @FairBreakGlobal 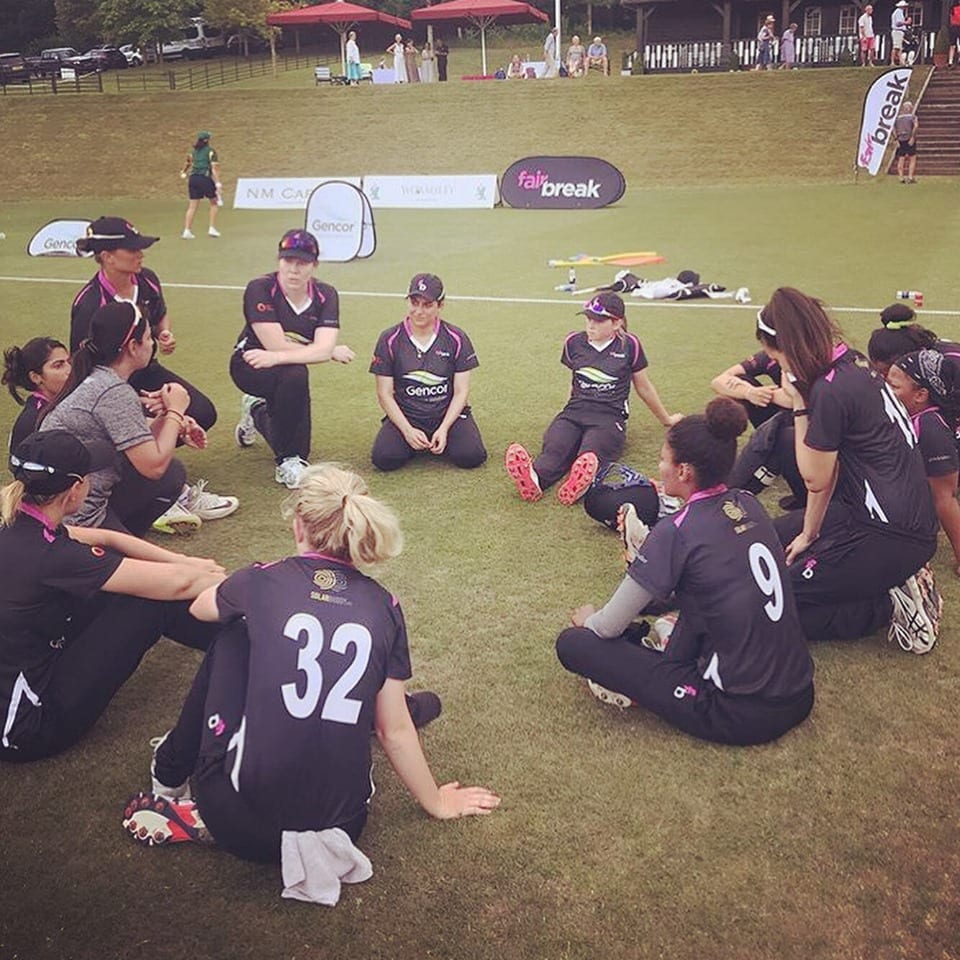 Connect with us on Twitter and see the live updates, photos and videos from the games in our Twitter feed!