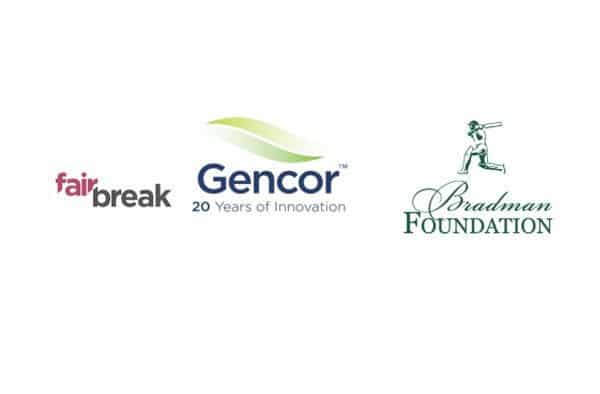 FairBreak Global will play the first ever Bradman Women’s XI in a T20 women’s cricket match, with world-class players from nine countries. The game will continue to highlight the crucial issues of gender equality, such as equal pay and governance, and further the FairBreak mission of opportunity and equality for all.

This match is a significant one for both FairBreak and the Bradman Foundation.

The FairBreak team will include players from at least 8 countries including Vanuatu, USA, India, Hong Kong, Singapore, Botswana and Australia.

“The Bradman Foundation is a huge supporter of Women’s Cricket and this is an exciting step for us in selecting the first ever Bradman Women’s XI” says Rina Hore, Executive Director of the Bradman Museum and Foundation. “Having a Bradman Scholar and Australia’s most capped female player Alex Blackwell captaining our XI demonstrates just how seriously we view this game as another opportunity to showcase the quality and diversity of women’s cricket”.

Gencor is the naming rights sponsor of the event, demonstrating its support for gender equality and preparedness to step forward and support FairBreak.

Mariko Hill – Product Development Executive, Captain of the National Women’s Hong Kong Cricket Team, and FairBreak representative – says, “Ever since the start of my career in the nutraceutical industry with Gencor, they have been a true advocate of my role as a professional cricket player. They support any upcoming tournaments without any hesitation, whether that is representing my country or FairBreak. This means I have a balance between work, sport and social affairs. Not many companies would do this and I am extremely grateful to work alongside both Gencor and FairBreak, who are the pioneers for this movement for gender equality and empowerment”.

“FairBreak’s values tie in closely with our value systems, in encouraging and developing sporting and work opportunities for women worldwide and providing them with a platform to showcase their talents at the highest level. Partnering with FairBreak provides us with a synergistic opportunity to foster pure sporting and healthy living opportunities for women,” says R. V. Venkatesh, Gencor Managing Director.

Gencor is a well-known provider of clinically researched branded ingredients, designed to improve quality of life through good health at all stages of life, as well as improve athletic performance. Invested in cutting-edge science and technology, Gencor works closely with the best scientists in leading Universities and Institutes Worldwide to make this ancient wisdom available to a modern global market. The business also supports women’s empowerment and gender equality by providing equal opportunity for women around the world in all areas of development: work, education and sport.

FairBreak founder, Shaun Martyn explained the motivation behind this game; “On the back of our recent tour of England we want to take this opportunity to continue to showcase the enormous talent that exists globally and continue our commitment to ensuring this talent is encouraged and rewarded.”

About FairBreak Global: Around the globe, there are women who are talented, passionate and driven in their professional field, but they do not have the opportunity to give their best in a way that is acknowledged or encouraged by their community. FairBreak is an organisation that aims to create opportunities in sport, business, media, arts and education to achieve gender equality on a truly global scale.

About The Bradman Foundation: A not for profit charitable trust supported by Sir Donald Bradman to honour and strengthen the game.

1. To operate a public museum as a cultural institution and monument for the game. By collecting, preserving and cataloguing the Museum acts as an enduring repository for the game and endeavours to educate and stimulate the curiosity of future generations.

2. To educate and promote community spirit and respect both on and off the field. The Foundation’s Charter is to provide all children, regardless of ability or experience with the opportunity to learn about the game and its impact on social issues around the world. Provide scholarships to young Australians with a connection to cricket, to acquire a university and /or a cricket administration education.